Hope you are having a good summer so far. Nothing better then the fresh air in Europe in the summer.

The spring in Sweden is in all bloom. The air is crisp and its beautiful over in Stockholm at this time of the year. We have the amazing nature up here in the north that is there for everyone to enjoy free of charge. We can use it for fitness training, recovery or contemplation. Its a resource and environment that is unique really. The water is also running in the city. We have al the elements.

We are now in the middle of the ATP season 2017. French Open was great for our team. We had a good preparation in Geneva winning the title the week before Paris and then off course the final in Paris. Rafa Nadal was simply to good in that final. Nothing to say about that.

Now we have started on grass. Tough first round loss in Queens to Feli Lopez but still some good signs there in the game. Looking forward to keep working for the next days before Wimbledon. 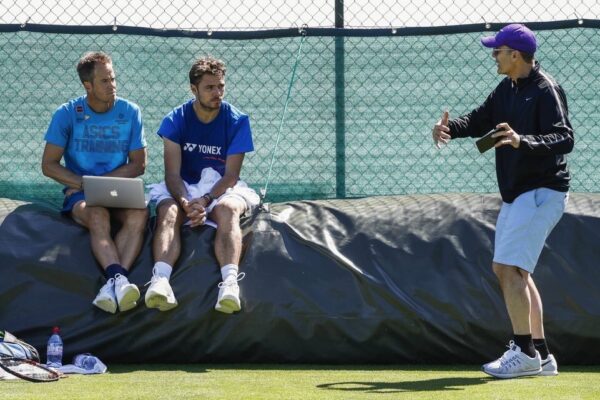 Its great to have Paul Annacone in the team as well. He has worked with so many great players and has already brought in many good ideas to our team. Looking forward to learn and be inspired by one of the greatest coaches.

We have had a busy time at the academy for a while. We are preparing for the new center as you know. We hope to be able to start training there around January 2018 and we are now taking applications. As the planning takes place the main focus is still here and now. We work hard everyday to try to improve the environment and how we work at the academy. We have a long way to go but after 6 years working with elite youth players I’m proud to see what our coaches and players have done.

Swedish tennis keeps struggling really. We have 1 direct acceptance in the main draw singles and 1 in the qualifying singles (Elias Ymer alternate). Tough for our country now with also very limited financial recourses to hire coaches and make programs. This is now recognized by ITF. Great move by them to distribute money to other counties than the Grand Slam counties through the International Player Grand Slam Grant. 12 players each received 50 000 USD. Thats a lot of money! Again, great move by the ITF. BUT i think its a mistake to give the money straight to a player instead of the Federation in that country. The Federations are the governing bodies in that specific country and should be the one sitting on those money making sure they go to the designated intention.

Karlstad Triathlon is getting closer. As of today we have a record in participants in our local event that I’m helping organize. We hope to have more then 150 participants on the starting line for the Triathlon. Enter here!

My own Ironman training and the Race4KidsWithAllergies fundraiser is going well. I invested in a new bike a few weeks ago and I’m so happy! Its a Scott Foil 20 and weights barely nothing! Very much bike for the €€€.

Im trying to do as much as i can when also traveling. You can follow my training and communicate with me on Strava if interested. We have gathered more then 130 000 SEK to the research on kids allergies as of today and the 23rd of July i will be standing on the starting line in Nice. If you wanna support he fundraiser you can go straight to the webpage. It only takes 3 minutes to donate as little as €1 if you want.

There are only two options regarding commitment; you’re either in or you’re out. There’s no such thing as life in-between. -Pat Riley

Have a great day wherever you are!

One thought on “On to the grass”